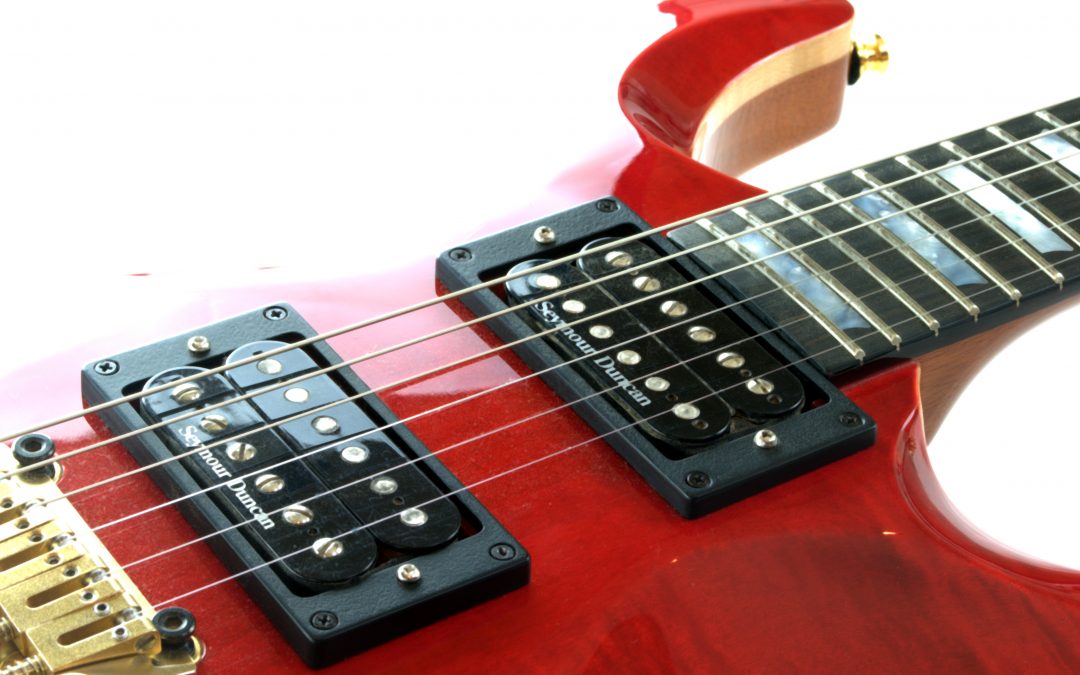 There are many choices available to musicians when considering fingerboards. You will find plenty of lively debate on tonewoods that fun to read but here we will cover the more practical aspects of guitar fingerboard selection.

might guide you to prefer light maple, which has been associated with vintage bolt-on guitars. Darker woods like rosewood or ebony are more often associated with many designs and mahogany necks. Maple could show dirt and wear so is mostly lacquered to preserve it. This does give it a different feel but works well.

Some of the traditional darker woods are nowadays subject to restrictions due to environmental concerns. Suppliers have shifted their attention to those areas of the world that have a traceable ethical wood supply, offering alternative species as well as “manufactured” woods such as  https://www.rocklite.co.uk/ which offers Ebony and Rosewood alternatives, with grain and pattern making it hard to distinguish from the real deal.

Vintage Guitars are something than many aspire too, but are hard to find. But you may have a Hucke Guitar with a fingerboard! How is this possible you ask? We still have hundreds of old Indian Rosewood fingerboards in stock. The story of how we got them covers over half a century of British Guitar history and in that period covers the 60’s Burns, the 80’s SynthAxe digital guitar, and eventually JJ Hucke in the 90’s right up to present day Hucke Guitars.

and this is how it went….

One of the most successful English companies of the pioneering days of rock music was Burns Guitars, closely associated with Hank Marvin and the Shadows. Burns Guitars ruled British guitar music for a time. However once the British market opened up to more American imports and wider competition, the company had to undergo some changes and ended up
selling many of assets. One of the individuals who had purchased original Burns equipment was Mal Chapman, who among other things acquired thousands of Burns 60’s fingerboards blanks.

Mal Chapman was a very enterprising individual, and as a talented guitarist and salesperson, got involved with SynthAxe in the later , the revolutionary Midi Guitar controller. A young German living in France came to London to buy some guitar spares for his growing of guitar ““, and after witnessing a demo of the SynthAxe, orders a basic unit. This was a then still teenage Jens J Hucke, founder of Hucke Guitars. It was blamed for him not being able to afford to buy his first car till 10 years later….

When JJ Hucke Guitars first shown at the London Guitarist Show in Wembley, Jens met with Andrew McKenzie who had launched the PalmBay range of guitars, which
shared some general styling cues with his own Antarctica model. Through Andrew, Jens also met with Barry Gibson, who was then producing the new Burns guitars in the same building as PalmBay. Music Shows in the UK, Frankfurt, and LA were often a joyous opportunity to catch up among competitors and friends.

At one of these shows
Jens was approached by Mal Chapman about some fingerboards and purchased a few. Mal was at the time selling small batches of the boards he had from the original Burns factory to several individual small makers in the UK. In a random Jens that Mal had been involved with SynthAxe, and they stayed in touch after that. Mal Chapman had started in the a successful flight case and picture framing company trading as Reflections GR Cases. A few years later he swapped a couple of JJ Hucke guitars and cash for all the remaining fingerboards. Jens kept a few hundred of these boards for his personal reserve, and these are now used on some Hucke Guitars…. and this is how we can offer half a century old fingerboards.

Hucke Guitars and Jens J Hucke are not implying any association
with SynthAxe, PalmBay, GR Cases, Burns or any other company or
individual whose Trademark we fully acknowledge. Names are giving for
historical context only and do not suggest any endorsement or